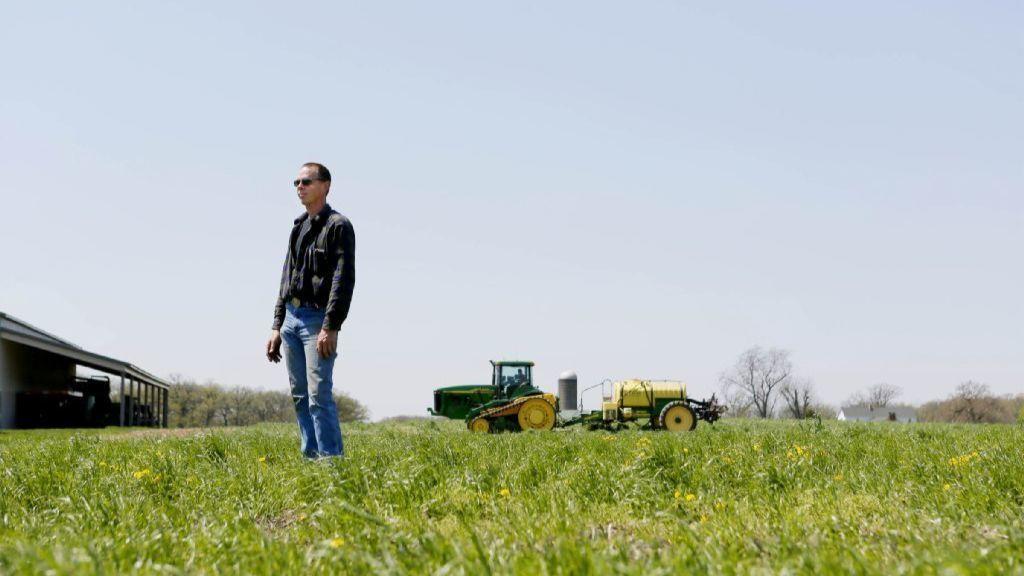 As area farmers Keith Gustafson and Dan Sutton plant their corn and soybean fields this spring, they know work they did last fall will help increase this year's yield, control erosion and improve water quality, among other benefits.

Gustafson, who lives just south of Valparaiso in Porter County, and Sutton, of Lowell, are among a growing number of Indiana farmers who are planting cover crops -- particular varieties of radishes, legumes and grasses -- in the fall, smothering weeds and improving the soil's health over the winter months.

Cover crops are now the third-most planted crop in the state, next to corn and soybeans, according to the Natural Resources Conservation Services.

"It's a new trend, with an emphasis on soil health," said Michelle Benson, with Porter County Soil and Water Conservation District.

According to NRCS, cover cropping has many benefits including increased organic matter, improved soil biology, as well as better water infiltration and water-holding capacity. This practice also prevents nutrients and sediment from running off the farm, keeping them out of nearby ditches and streams.

"They don't take the place of fertilizers and herbicides, but they help make efficient use of them," Jordan Seger, director of the Indiana Department of Agriculture Division of Soil Conservation, said.

He said a type of large radish will grow through the winter, covering the ground and preventing weed growth, while legumes, also a cover crop, will take nitrogen out of the air and pump it into the soil.

"Typically, farmers aren't harvesting their cover crops. They're using them to take energy from the sun and pump carbon back into the soil," Seger said.

Benson said she recommends farmers plant a "cocktail mix," with a little bit of every kind of cover crop.

While improved soil and a higher yield are benefits of planting cover crops, Seger said the No. 1 reason farmers take the extra step is erosion control.

"You plant something that acts as a glue and you lose less and less of your valuable top soil," Seger said.

Sutton said he plants cover crops on about 1,100 of his 1,400-acre farm, where he grows corn and soybeans primarily.

Sutton said planting cover crops isn't cheap, with the seeds costing about $30 an acre, depending on the plant species.

"Everything we do takes time and effort. We do a cost benefit analysis. In this case, the benefits outweigh the costs," Sutton said.

He said he doesn't do any tillage, adding cover crops help with soil conservation and holding onto nutrients.

Sutton said he's been cover cropping for about 10 years, having "stumbled into it" in 2008.

He said it was a very wet spring and “we couldn't get all our acres planted. We wanted something growing so we put cover crops in to hold until summer. We saw a pretty good yield increase. We learned something that year."

Gustafson said he began planting cover crops on his 200-acre farm a number of years ago and has found that the practice has helped improve his yield at harvest time, reduced ersion and created a better environment.

While the extra planting in the fall does create additional work, Gustafson said the farming industry tries to make the work easier for the farmer by putting seeds on a combine or in fertilizer.

Julie Duttlinger, administrator with the Lake County Soil and Water Conservation District, said the district began pushing cover crops about five years ago, and the practice is growing among local farmers.

"They're absolutely seeing a benefit from cover crops," Duttlinger said.

She said the cover crops help prevent sediment erosion from going into nearby drainage ditches, meaning the Lake County Surveyor’s Office doesn't have to clean the ditches as often.

Benson said there is some financial aid available for farmers who want to pursue cover cropping, both at the local and national levels.

Duttlinger said the soil and conservation district is going one step further, looking beyond the large farms to the home gardens.

"We have some mix we give out to the small gardener. We're starting to spread the word," she said.

Karen Caffarini is a freelance reporter for the Post-Tribune.